When it feels like the wounds from our past will never heal..  When we look in the mirror and see the haunted eyes of a victim staring back at us…  When each time we hear a news article that speaks of a similar situation to our own painful past feels like it has re-opened old wounds…  When we wonder if we will ever be anything other than wounded and hurting…

Today, I was just reading in my devotional, Men & Women Of The Bible, the story of the life of Jairus.

40 And it came to pass, that, when Jesus was returned, the people gladly received him: for they were all waiting for him.

41 And, behold, there came a man named Jairus, and he was a ruler of the synagogue: and he fell down at Jesus’ feet, and besought him that he would come into his house:

42 For he had one only daughter, about twelve years of age, and she lay a dying. But as he went the people thronged him.

43 And a woman having an issue of blood twelve years, which had spent all her living upon physicians, neither could be healed of any,

44 Came behind him, and touched the border of his garment: and immediately her issue of blood stanched.

45 And Jesus said, Who touched me? When all denied, Peter and they that were with him said, Master, the multitude throng thee and press thee, and sayest thou, Who touched me?

46 And Jesus said, Somebody hath touched me: for I perceive that virtue is gone out of me.

47 And when the woman saw that she was not hid, she came trembling, and falling down before him, she declared unto him before all the people for what cause she had touched him, and how she was healed immediately.

48 And he said unto her, Daughter, be of good comfort: thy faith hath made thee whole; go in peace.

49 While he yet spake, there cometh one from the ruler of the synagogue’s house, saying to him, Thy daughter is dead; trouble not the Master.

50 But when Jesus heard it, he answered him, saying, Fear not: believe only, and she shall be made whole.

51 And when he came into the house, he suffered no man to go in, save Peter, and James, and John, and the father and the mother of the maiden.

52 And all wept, and bewailed her: but he said, Weep not; she is not dead, but sleepeth.

53 And they laughed him to scorn, knowing that she was dead.

54 And he put them all out, and took her by the hand, and called, saying, Maid, arise.

55 And her spirit came again, and she arose straightway: and he commanded to give her meat.

56 And her parents were astonished: but he charged them that they should tell no man what was done.

The devotional summarized the story of Jairus with these words:

“The words Jesus spoke to Jairus — ‘Don’t be afraid; just believe’ — ought to echo frequently in our hearts.  Fear can make for a hopeless outlook, but trust in God keeps hope alive.  Those who trust in God often find they get back what they thought they had lost.”

I love the summary that those who trust in God often find they get back what they thought they had lost.

I also love the part that tells another story within the story of Jairus.  It is the story of the woman who had suffered for 12 years from a disease.  This woman knew Jesus could heal her so she reached out and touched His garment.

I find it interesting that Jesus’ power to heal her acted it seems of its own volition.  That verse is curious to me.

The verse states that some of His “virtue” left Him to heal her.  She reached, and she received.

Jairus also had a “hopeless” situation.  While he was waiting for Jesus to finally get to his house, Jairus received news that his daughter had already died.

Then there’s the story of Lazarus in the Bible.

11 Now a certain man was sick, named Lazarus, of Bethany, the town of Mary and her sister Martha.

2 (It was that Mary which anointed the Lord with ointment, and wiped his feet with her hair, whose brother Lazarus was sick.)

3 Therefore his sisters sent unto him, saying, Lord, behold, he whom thou lovest is sick.

4 When Jesus heard that, he said, This sickness is not unto death, but for the glory of God, that the Son of God might be glorified thereby.

5 Now Jesus loved Martha, and her sister, and Lazarus.

6 When he had heard therefore that he was sick, he abode two days still in the same place where he was.

7 Then after that saith he to his disciples, Let us go into Judaea again.

8 His disciples say unto him, Master, the Jews of late sought to stone thee; and goest thou thither again?

9 Jesus answered, Are there not twelve hours in the day? If any man walk in the day, he stumbleth not, because he seeth the light of this world.

10 But if a man walk in the night, he stumbleth, because there is no light in him.

11 These things said he: and after that he saith unto them, Our friend Lazarus sleepeth; but I go, that I may awake him out of sleep.

12 Then said his disciples, Lord, if he sleep, he shall do well.

13 Howbeit Jesus spake of his death: but they thought that he had spoken of taking of rest in sleep.

14 Then said Jesus unto them plainly, Lazarus is dead.

15 And I am glad for your sakes that I was not there, to the intent ye may believe; nevertheless let us go unto him.

16 Then said Thomas, which is called Didymus, unto his fellowdisciples, Let us also go, that we may die with him.

17 Then when Jesus came, he found that he had lain in the grave four days already.

18 Now Bethany was nigh unto Jerusalem, about fifteen furlongs off:

19 And many of the Jews came to Martha and Mary, to comfort them concerning their brother.

20 Then Martha, as soon as she heard that Jesus was coming, went and met him: but Mary sat still in the house.

21 Then said Martha unto Jesus, Lord, if thou hadst been here, my brother had not died.

22 But I know, that even now, whatsoever thou wilt ask of God, God will give it thee.

23 Jesus saith unto her, Thy brother shall rise again.

24 Martha saith unto him, I know that he shall rise again in the resurrection at the last day.

25 Jesus said unto her, I am the resurrection, and the life: he that believeth in me, though he were dead, yet shall he live:

26 And whosoever liveth and believeth in me shall never die. Believest thou this?

27 She saith unto him, Yea, Lord: I believe that thou art the Christ, the Son of God, which should come into the world.

28 And when she had so said, she went her way, and called Mary her sister secretly, saying, The Master is come, and calleth for thee.

29 As soon as she heard that, she arose quickly, and came unto him.

30 Now Jesus was not yet come into the town, but was in that place where Martha met him.

31 The Jews then which were with her in the house, and comforted her, when they saw Mary, that she rose up hastily and went out, followed her, saying, She goeth unto the grave to weep there.

32 Then when Mary was come where Jesus was, and saw him, she fell down at his feet, saying unto him, Lord, if thou hadst been here, my brother had not died.

33 When Jesus therefore saw her weeping, and the Jews also weeping which came with her, he groaned in the spirit, and was troubled.

34 And said, Where have ye laid him? They said unto him, Lord, come and see.

36 Then said the Jews, Behold how he loved him!

37 And some of them said, Could not this man, which opened the eyes of the blind, have caused that even this man should not have died?

38 Jesus therefore again groaning in himself cometh to the grave. It was a cave, and a stone lay upon it.

39 Jesus said, Take ye away the stone. Martha, the sister of him that was dead, saith unto him, Lord, by this time he stinketh: for he hath been dead four days.

40 Jesus saith unto her, Said I not unto thee, that, if thou wouldest believe, thou shouldest see the glory of God?

41 Then they took away the stone from the place where the dead was laid. And Jesus lifted up his eyes, and said, Father, I thank thee that thou hast heard me.

42 And I knew that thou hearest me always: but because of the people which stand by I said it, that they may believe that thou hast sent me.

43 And when he thus had spoken, he cried with a loud voice, Lazarus, come forth.

44 And he that was dead came forth, bound hand and foot with grave clothes: and his face was bound about with a napkin. Jesus saith unto them, Loose him, and let him go.

Doesn’t that sound like so many of us?  It appears like God is absent, late, or even worse present and uncaring.  In each of the above situations, people were suffering.  In all three cases, the end result was God did bring good to them.  He restored what had been lost to them.

The shortest verse in the Bible is found in the story of Lazarus.  It is those two profound words, “Jesus wept.”  Two simple words that communicate so much.  Jesus wasn’t unfeeling.  He wasn’t ignoring the pain and the hurts. 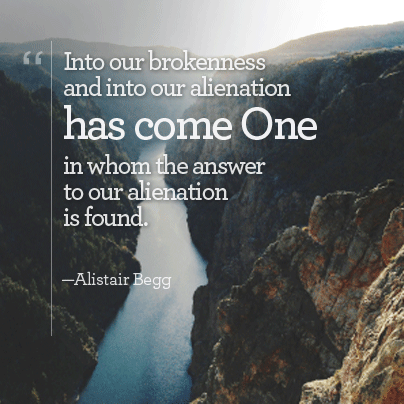 I do not claim to hold all the answers for you.  In fact, it would be arrogant for me to presume upon God’s role as comforter in your life.  What I do know is this…

I know that God is a loving God and that He personally loves you.

I know that God is a healing God, and that He can heal you from even the deepest hurts and wounds.

I know that God brings beauty out of ashes.

I know that God can take a victim and make you a victorious overcomer.

I know that your past doesn’t need to define your present.

I know that He can restore what was taken from you with something far better.

Dear sister or brother in Christ, will you take all of those hurts and all of those wounds and will you hand them to Him?  Are you willing to reach out to Him?  His very nature is such that when you reach out for His healing, His healing power immediately responds.

Reach out and receive.

You can be a new and “present work” of His grace and power living out in your life.

One thought on “Healing For Our Brokenness”